We just finished Banned Book Week at the public libraries. This is always an interesting event to spotlight the list of brilliant literature banned at some point in the books’ existence. Banned for the language, the description, the characters, the plot, and/or the ideas the authors conveyed. The small-minded and fearful censors fall into history as the bad guys of the Banned Books’ narratives.

But what about the everyday suggestions to ordinary (non-NYT Best Selling) authors to curb what we write? Off-handed comments from those closest to us: “That one scene is too risqué for me to tell my friends to read your book.” “I liked the story, but the language didn’t need to be that harsh.” “Does the character HAVE to be involved in a three-way?” 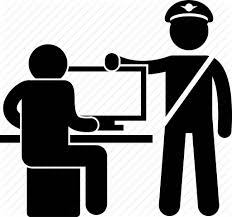 Yes, yes the character HAS to be who he is, and no, it’s not me. Life is harsh, crude, coarse, skinned, and blistering. Not all authors have Hallmark movies dancing in their heads. There is a market for Hallmark movie plots. For that, we’re grateful. But, Truth frees the soul, and needs to find the page, even though exposing it is not profitable.

A couple of years ago, Rita Mae Brown headlined the Williamsburg Book Festival. She is one of the authors who inspired me to write when I was young. At William & Mary that evening, she talked about how telling the truth is not always easy for a writer. She admitted she writes her cozy/cat mysteries for the income they provide. Her classic (and probably banned in many places) Rubyfruit Jungle changed lives because she spoke her truth. Many readers recognized themselves in her characters.

In the audience, I heard people behind me say, “She just had to bring up Rubyfruit Jungle. I love her Sneaky Pie Brown series. She should just talk about that.”

We all do it if we know it or not. Maybe I’m trying to inhibit comforting stories. I know we need a variety of tones and storytellers. Reading is like diet – steak, hamburger, corndogs, or chicken soup (sorry, vegans) can all be enjoyable options throughout the week. Let writers chew some steak from time to time.

My message to other writers and to myself:
When someone denounces all or part of a work, it has touched a nerve. You have told the truth for story and character and situation. The attempted censor bristled at the authenticity, the candor, and the concrete facts you have exposed. Well done. Get banned.