Under a Copper Moon - Finalist in the 2008 Indie Book Awards

Great News!
Under a Copper Moon has been named one of the ten Finalists in the Historical Fiction category of the 2008 Next Generation Indie Book Awards according to C. Goulet, Awards Administrator.

The Indie Book Awards were established to recognize and honor the most exceptional independently published books for the year and is presented by the Independent Book Publishing Professionals Group in cooperation with Marilyn Allen of Allen O'Shea Literary Agency. Additionally, Under a Copper Moon will be listed as a Finalist in the 2008 Next Generation Indie Book Awards catalog which will be distributed at Book Expo America in Los Angeles.

Indie Book Awards is open to all independent publishers based in the United States, Canada, or internationally who have a book written in English.

I’m honored the novel won this award. Just as independent film and music have blazed a trail for innovation and originality in overly commercialized industries, independent publishers deliver creative and well-written stories that the big houses in New York overlook in their pursuit of fast-selling celebrity books.

Here's a picture of the celebration I had when I found out. 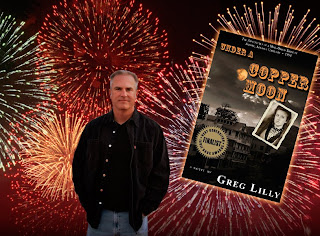 Posted by Greg Lilly at 4:12 PM No comments: 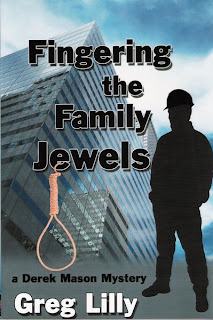 I just happened to be on Amazon and checked on my books... Okay, maybe not "just happened," but I do check on them from time to time.


Thanks to everyone who has read FTFJ and those who tell a friend.


Have a great week!
Posted by Greg Lilly at 1:40 PM No comments: