A brilliant flash of the obvious… 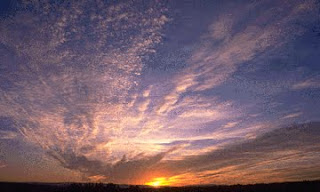 I’ve been struggling on the new book because it incorporates several different characters’ points of view – different stories that converge, one storyline that comes from 400 years ago.

Last night as I read some research on the witch trials in Virginia from Colonial Williamsburg, I realized in a “brilliant flash of the obvious” [as my former boss, the VP of technology, used to say] that I didn’t have to write the draft in the order that I want to eventually structure the story. Duh.

Working on the Anna storyline set in 1690s was difficult when I would then jump to present day and write scenes on her descendents. I’ve always been structured, logical, and synchronous. My other four books, I started with chapter one and wrote through until the end. The structure was linear. The process was linear. Once finished, this book will be linear, but with parallel storylines across time. I have increased respect for science fiction and fantasy writers who move around in time and place.

Scenes, chapters, POV segments are my components, my strategy. Once I have the building blocks, I can construct the story for next draft. Gee, it’s freeing to allow yourself to do things in a different way.
Posted by Greg Lilly at 2:32 PM 3 comments: