Top Five Ways an Editor is Worth the $$

As the publisher for a small independent publishing house and as an editor for a magazine, I see drafts of manuscripts submitted by writers that illustrate the need for an editor.


Writing is a solitary pursuit, but editing is a collaboration – and an essential stage in the publishing process.
Nothing screams "amateur" more than a meandering, error-ridden manuscript.
An editor is important for authors trying to land a literary agent or a publishing contract, but for a self-publishing author, hiring an editor is vital. Agents and publishing houses will edit the incoming manuscript several times including using the in-house editors to make sure the work is the best it can be. A self-published author shouldn't go through the process alone.  A professional editor is a partner in crafting the story for a novel you will be proud to have your name on. 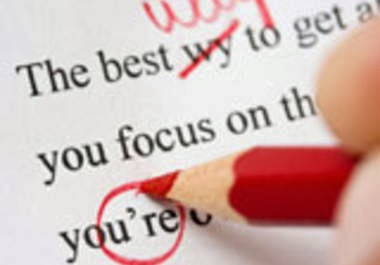 Here are the top five reasons to engage a professional editor:

No matter how many times you read and edit your book, there will be omissions in the plot structure. You know the characters and their motivations and where they need to be in the next chapter, so if you failed to write it, your mind supplies it for you. All the thinking and dreaming about the story, the advanced planning and the backstory plotting work against you in editing.

While developing the initial drafts, critique groups are great. Once you feel the manuscript is perfect, that's when you need the experience of an editor to bring a fresh look to the development of the storyline and the character arcs.


This is not a job for spouses or friends. You need someone who understands the mechanics of creating strong plots and the characters who move it forward.

The phrase "kill your darlings" is usually credited to William Faulkner, but I have heard it from fine art painters, fiction writers, poets and even architects.


As a creator of a work, you will find some parts that are your favorites: a cleaver turn of a phrase, a saucy metaphor, an ingenious character name, or a whiplash plot twist. Writers fall in love with their own creations.
When that happens, you are reluctant to change it (or worse, delete it) when it doesn't contribute to the whole work. An editor will see these elements that may be fabulous on their own, but not pulling their weight in the manuscript.

You decide to add a subplot or delete a darling character. Did it work? Did your revisions mess up other parts of the book? It could be one last minute change that cascaded throughout the work.


I saw this many years ago by a New York Times best-selling author who claimed she didn't want editors changing her books.  In the jungles of Brazil, a character was called Jack.  Jack? What happened to Christopher? One hundred pages into the story and suddenly Jack is walking in another character's footsteps. Three pages later, Jack was gone and the character was once again referred to as Christopher.
Revisions need to be checked for their effect on the unchanged sections.


Do you know the difference between: there, their, they're or two, to, too? Not every great storyteller is a grammar king/queen.  If you're not, engage an editor who is. Nothing will put off a reader like finding a word usage mistake. After all, you represented yourself as a professional. The reader paid hard-earned money for the book.  You wouldn't tolerate a plumber who left a few leaks behind, just because they're so hard to find.

Doing is learning. Every time I have had one of my own books edited or worked with an editor to edit another writer's manuscript for Cherokee McGhee, I learn. I learned to use a semicolon successfully. I learned that a character cannot laugh a sentence ("You're not serious," Jean laughed). I learned that a mystery novel's sleuth cannot pull clues from thin air – the clue must be mentioned (or planted) before she discovers it.


The process of revising a manuscript under the guidance of an editor is one of the best writing classes you will ever take.

An editor is an objective person who wants the manuscript to be the best it can be. She will tell you if it is ready for the public or if it still needs some polishing. Authors accepted for publication with a publishing house will have an editor assigned to them. Self-published authors can choose an editor.  Either way, the editor has the same goal as you: developing, revising, and perfecting your work for the enjoyment of the reading public.
Posted by Greg Lilly at 12:38 PM No comments: