Pamela K. Kinney
Journey to worlds of fantasy, beyond the stars, and into the vortex of terror with the written word of Pamela K. Kinney.
Website: http://FantasticDreams.50megs.com Blog: http://PamelaKKinney.blogspot.com
Posted by Greg Lilly at 7:54 AM 3 comments:

Cool idea among writers on the Web: Start with ten questions about the current Work-in-Progress (WIP), answer them and tag a few writers to do the same thing on their own blog.

This past Wednesday, Keith Pyeatt blogged about his WIP  at http://keithpyeatt.blogspot.com/ and tagged me for this Wednesday. Scoot over to Keith's Blog to read about his upcoming release.

Stay tuned (as they used to say on Batman) for this Wednesday and discover details about my new book. Plus, see who I tagged to carry forward the questions.
Posted by Greg Lilly at 10:01 AM No comments:

Can you hear me now? -- Audio book production

Well, honestly, I guess I’m reading along with the narrator Andy Babinski (great voice). I check to make sure Andy gets the pronunciation right on some of the Charlotte, N.C. location names and to make sure I didn’t have some huge error in the book that gets put in the audio version. I know the paperback is a little different than the eBook – words here and there, nothing big – and the audio is too. Some things read differently than they sound when spoken out loud. 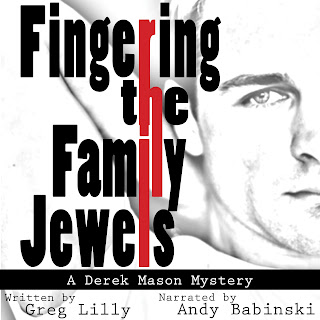 How do you get an audio book made?

ACX matches up authors with voice talent to produce an audio book. I had a few of auditions from narrators for FTFJ, but they didn’t capture my idea of what Derek would sound like.

Searching through the database of voice talent, I found samples of Andy’s work. His voice matched what I had always thought Derek sounded like. I sent Andy a sample of the book, and he took on the project. 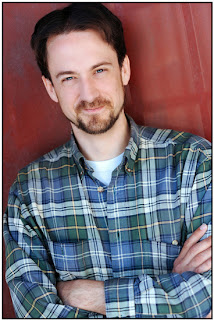 I feel lucky to have found ACX and Andy Babinski.

The cool thing I’m discovering is that the chapters are averaging about 16 – 19 minutes each. Perfect for a daily commute or exercising at the gym.

The production will be finished and available on Audible.com by mid-December – just in time for a Holiday download! Get your ears ready for an aural delight!
Posted by Greg Lilly at 3:56 PM No comments: