The new definition of "Traditional" Publisher

Publisher’s Weekly reported that in 2008 “On-Demand” books outpaced “Traditional” book production. 275,232 titles were produced and warehoused while 285,394 titles where produced and stored digitally.

A little history on book production technology: Print-On-Demand (POD) is a technology where a digital copy of the book is stored and used to print an original book when an order is placed. It’s like Wendy’s making your burger for you when you order it instead of m 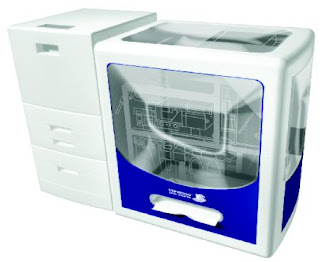 aking them hours earlier and keeping them lined up and waiting for customers. And this weekend at BEA in New York, the "Espresso Book Machine" will show how these POD titles can be printed in a bookstore when a customer requests it.

From the news release from Bowker, I’m guessing that they define "traditional publishers" as those that print and warehouse books. Now, I know that books keep longer than burgers, but the longer they’re warehoused, the more it costs the publisher, and eventually an author who doesn’t sell big in the first few months, has his books pulled from the distribution channels – the title is then out-of-print.

More publishers are seeing the benefit of POD technology and the savings in warehousing costs. Although the per book print costs are more, I'm surprised that "traditional publishers" haven't switched. The just-in-time model has been used in other industries for over 25 years. For authors, the books digital storage fees are small enough that the title can stay in print for years without having to achieve a profit in the first few months.

These statistics show that in order to survive, publishers are dropping the warehouse and moving to the technology of the 1990s -- finally. I know that both publishers of my books have used POD. They are "traditional publishers" that employee editors, graphic designers, marketers, pay royalties and pay advances, but they are also technology savvy. 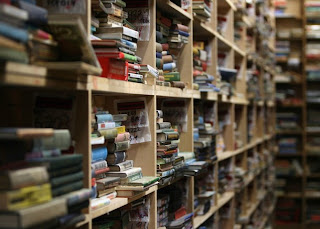 A snide swipe at technology can be found in the reporting of POD produced books by the old guard of publishing since the innovators in most industries are the small and new players looking for ways to enter the market at a lower cost. Early POD publishing focused on short-run books, self-published books. That’s no longer the case with many small, independent, and boutique publishing houses using the technology.

As the report shows, POD publishing has become the popular majority in book production, so we need a new term for "Traditional Titles" -- how about "Warehoused Titles"??

POD titles are the new tradition.
Posted by Greg Lilly at 9:29 AM